The objective of The Pervasive Network Test is to ensure we get 75/75 test messages across TCP/IP. TCP/IP is a common computer network protocol used for Internet and Local Area Networks.

The Pervasive System Analyzer can be found under UTILITIES menu from Pervasive Control Center.

After starting the Pervasive System Analyzer, click next to bring up the options screen. Ensure that the Test network communication option is selected. Remove the selection from the other options. When ready click next. Figure 2 showed the options to have selected for the Network Test. 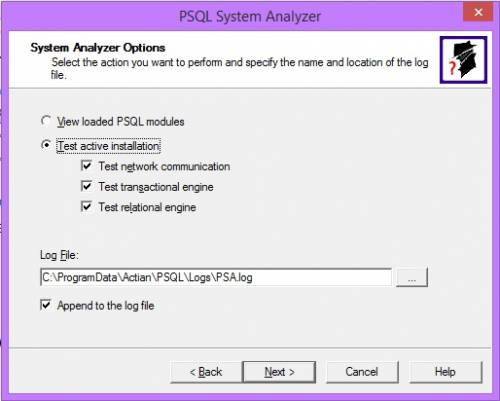 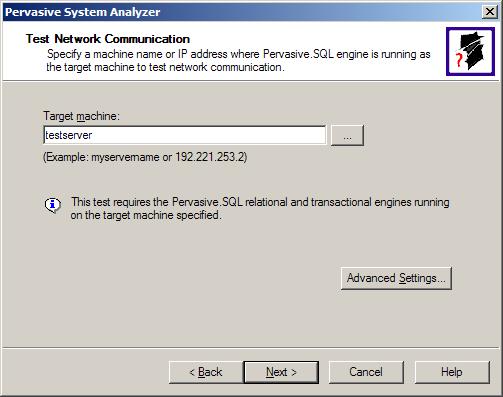 Figure 3 - Entering the server name for the network test

The test messages transmission will be displayed as shown in Figure 4. The test will stop after 75 test messages have been sent. This test should take a few seconds or less. 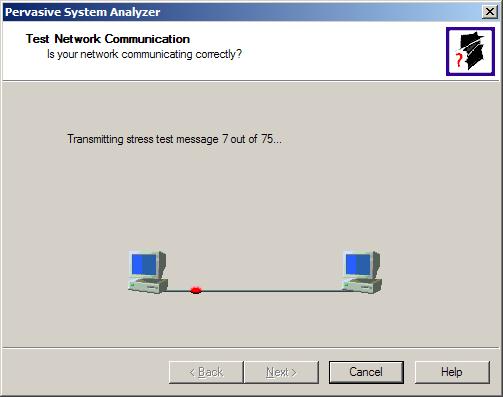 After the test has completed then the results will be displayed as seen in Figure 5. A successful test will show 75 test messages sent via TCP/IP. 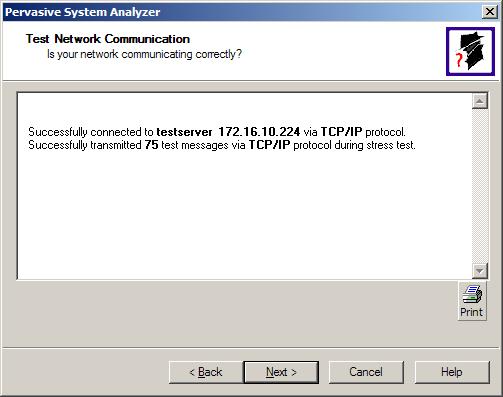