On Cloud, the terminal names are dependent on the local computers' hostnames. Whatever are the names of the computers that the users logged into, automatically become machine names on S5oC. However, on the older versions of Saas (below 6.2.2.321), the POS transaction report is broken.

Note: I highlighted the word 'twice' because this is very important if ever customers requests to add more users. We need to remember that again, they can only have twice the number of their system5 terminal licenses.

For Example, Absolute Mechanical is licensed for 5 terminals. This means that we can create at most 10 Cloud users for them but this will not limit them to 10 computers to log in. Absolute Mechanical might have more than 50 computers in total and they can log in to all of those provided that the 20 users will not be logged on twice on any of the computers. If it happens and since the local computers become the terminal names, they will also have more than 50 terminals on Cloud.

This scenario has caused issues with the POS transaction report. Check the images below: 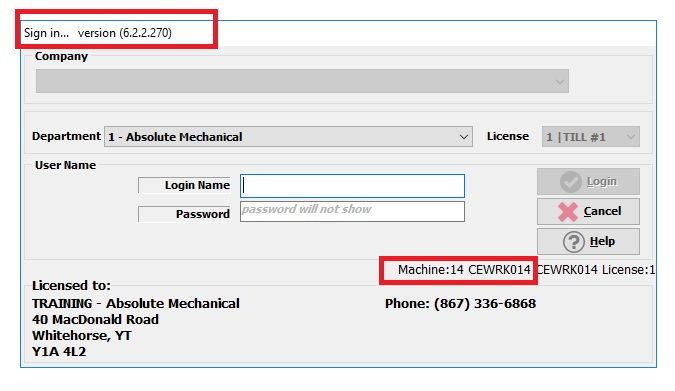 In this example, version 6.2.2.270, you can see that the terminal dropdown is grayed out because the on-prem terminal naming is not anymore being used on Cloud. Again, on Cloud, terminal names will depend on the local computer's name and my computer happens to be 'CEWRK014'. Take note of the 'Machine Number' as it will be the terminal for my computer on the POS transaction report. 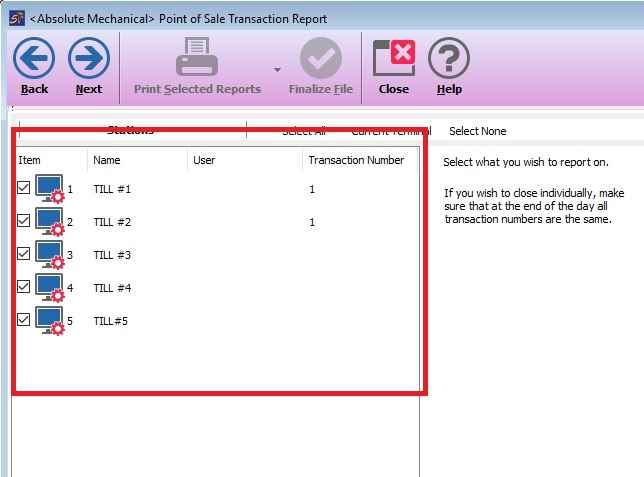 This is the corresponding POS transaction report of 6.2.2.270. As you can see, Machine Number 14 is not showing on the list. Any transactions that happen on my computer will go back to 'POS report 1' since there was never a report finalized for my station. So, if customers are looking for their transactions on older versions, never forget to double-check POS report 1. 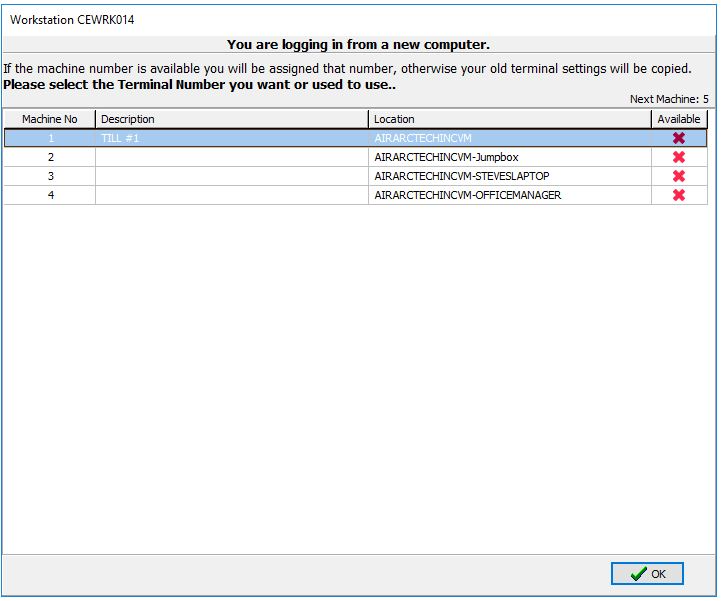 I used a different dataset for this first login test just to show you what it looks like since I was already able to log in multiple times on the first data on my computer. During your first login on a new computer that exceeds the number of available licenses, you will be asked to select a terminal to mimic. Once you select a specific terminal, a new terminal/machine number will be created in the format of 'Machine Number - Name of Copied Computer - Local Computer Name'. The Machine Number will be the next number available. 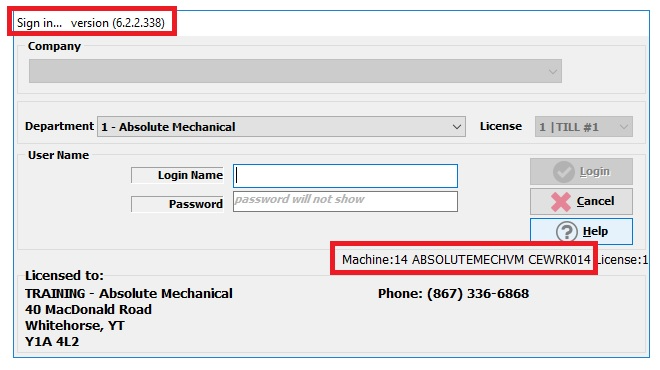 This is the actual login screen on the new version after selecting a terminal to copy. This is the 14th machine that was logged on, ABSOLUTEMECHVM was the name of the terminal that I copied and CEWRK014 is my computer name.

NOTE: Machine Number is equivalent to the Terminal Number on the POS transaction report 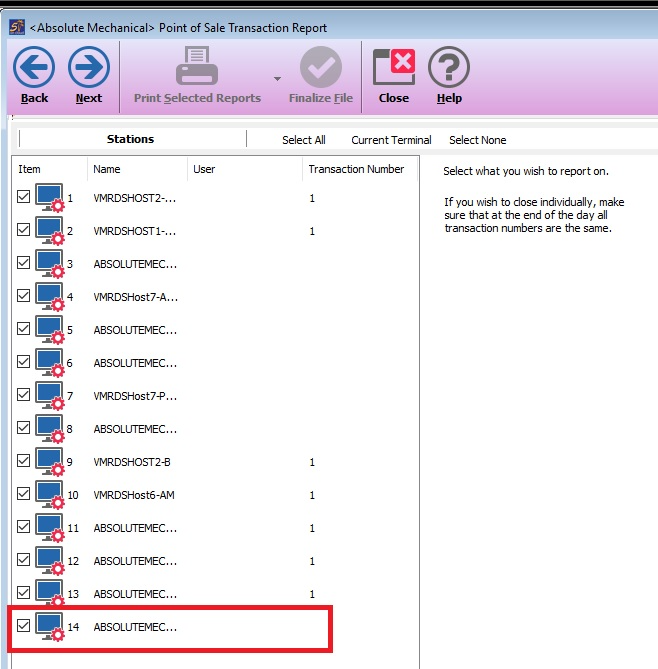 On the POS transaction report of the new version, you can now see Machine #14 and all transactions on this terminal will go here.

A few more changes were done to the POS transaction report on the 6.2.2.411 version. Check the images below: 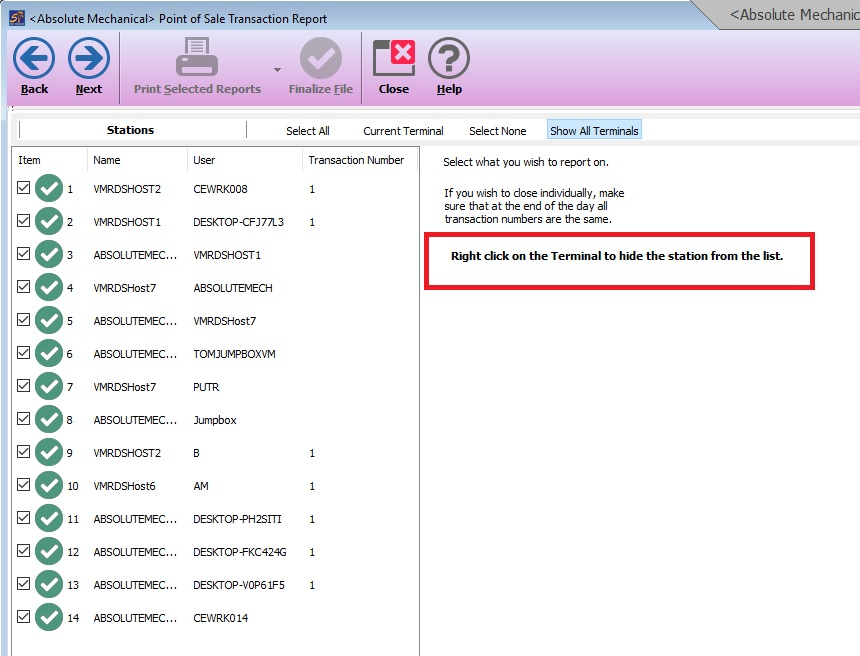 Here you can see all the list of terminals on the report. A disclaimer is shown on the right side which I highlighted. 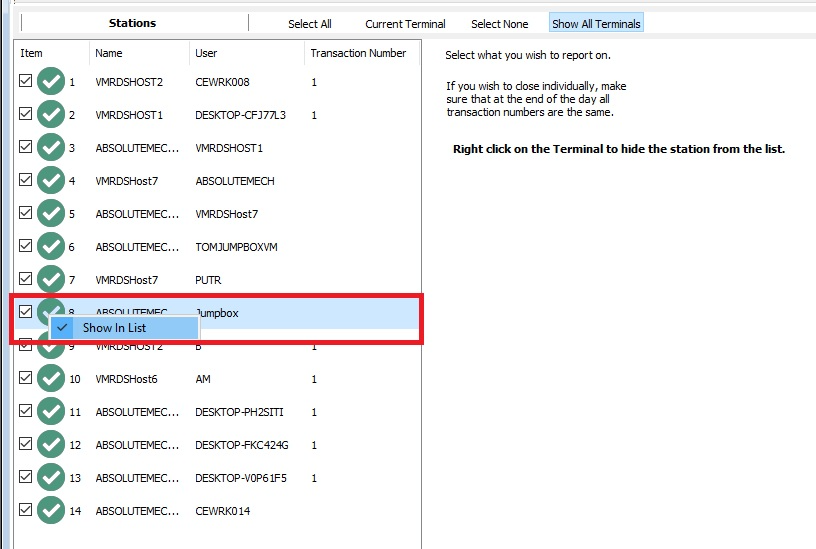 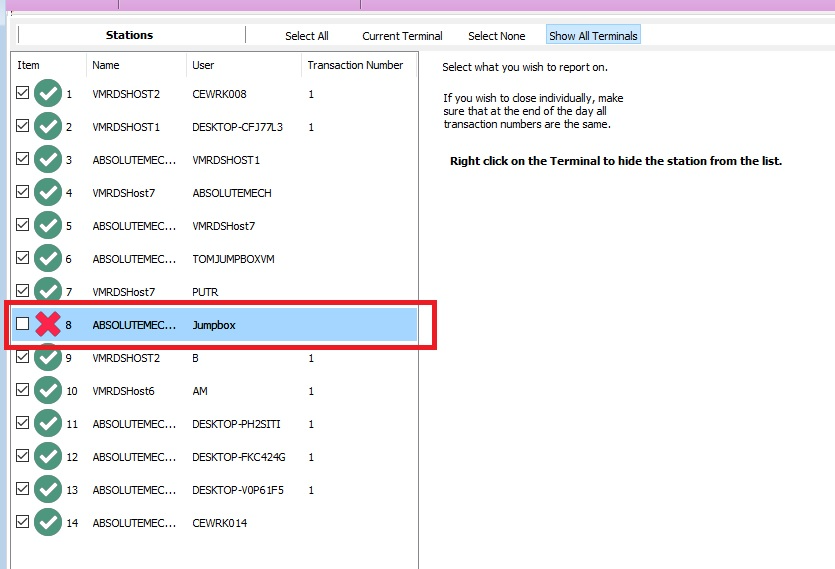 That should sum up the changes made on the POS transaction report. 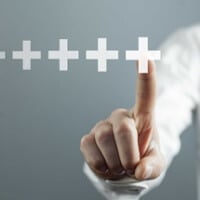